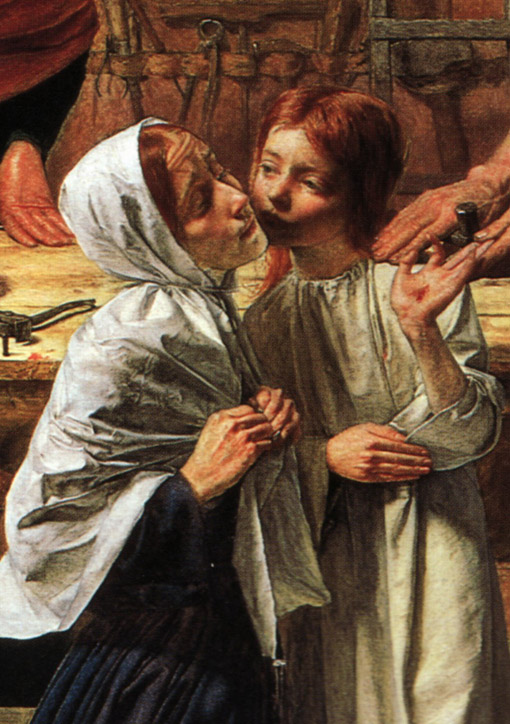 John Everett Millais, Christ in the House of his Parents. Detail (1850).

The Pre-Raphaelite Body
Fear and Desire in Painting,
Poetry and Criticism

Pre-Raphaelitism was the first avant-garde movement in Britain. It shocked its first audience, and as it modulated into Aestheticism it continued to disturb the British public. In this study, Professor Bullen traces the sources of that shock to the representation of the human body. By examining the discourses which were developed to denounce or to explain the new art forms he shows that the distorted, maimed, or eroticised body formed the principal focus of anxiety in nineteenth-century criticism. Using a truly interdisciplinary method he relates the painting of Millais and other early Pre-Raphaelites to fears about cholera and Catholicism; he demonstrates how the body of the sexualised female became an object of obsessive fascination in the painting and poetry of Dante Gabriel Rossetti and William Morris; he locates the writing of Swinburne and Prater in the context of the debate over the 'Woman Question', and he shows how the responses to the 'Aesthetic' painting of Burne-Jones were conditioned by the sexual psychopathology of mid nineteenth-century mental science.

'In the present study, Bullen has produced a clearly focused, tightly woven series of studies that subsume the best recent scholarship on Rossetti and Burne-Jones, in particular, while directing our attention to little-known aspects of their work with unfailing conviction and enthusiasm. The commentator on the Pre-Raphaelites and their successors cannot afford to be a dilettante, but must venture into social, intellectual, and medical history, as well as becoming master of the proliferating periodical literature of the epoch. Bullen is fully acquainted with all these areas, as well as being acutely aware of the theoretical insights that authors such as Foucault and Kristeva can bring to the historical treatment of sexuality. The result is a deeply satisfying synthesis that blends all these perspectives into a seamless argument, and sends us back to the works themselves with renewed fascination'. Stephen Bann, Modern Language Review.