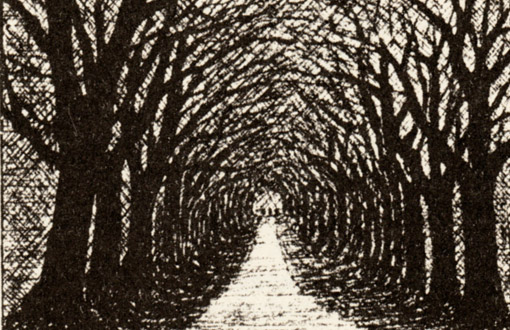 Thomas Hardy's illustration for 'Her Death and After' (1898).

This book develops the connection between visual images, ideas, and emotions in Hardy's novels. It shows, for example, how the paintings of J.M.W. Turner were an important source of inspiration for the effects of light and colour in Tess of the d'Urbervilles, how the portraiture of Sir Joshua Reynolds and Thomas Woolner influenced the characterization of The Return of the Native, or the part played by French Impressionist techniques in The Woodlanders.

But this is not merely a source study. The central theme is that 'point of view' was for Hardy both visual and conceptual and that his imagery is not decorative but polemical. Hardy uses imagery in his novels as a vehicle for meaning and the argument of the book suggests that the manipulation of perspective, colour, light, and composition was one way in which Hardy expressed his response to contemporary issues.

'Among the great number of critical studies published within the last two decades, The Expressive Eye belongs in the first rank'. Nineteenth Century Studies.

'This is a highly intelligent and subtle exegesis of the ways in which Hardy "shaded and transformed images so that they became an appropriate vehicle for the drama of each particular narrative"'. Times Higher Educational Supplement.